A cautionary tale about an obsession love story that shows if a relationship doesn’t progress beyond desire, it usually ends in tragedy.

A cautionary tale about an obsession love story that shows if a relationship doesn’t progress beyond desire, it usually ends in tragedy.

The song 'Bodies' by the Smashing Pumpkins is from their album Mellon Collie and the Infinite Sadness.

All the songs on that album of the Smashing Pumpkins were intended to hang together conceptually as a symbol of the cycle of life and death.

And concept albums have the power to become the biggest album in a band’s career.

This album got ten times platinum in the US alone and became the best-selling double album of the decade. And they were inspired by Pink Floyd's 1979 album ‘The Wall’, which is one of the highest-selling and best-known concept albums of all time.

So let’s see what makes the song ‘Bodies’ stand out.

I have a whole list of criteria, but to get a general overview, let’s just do the most relevant to get a global sense of a song.

The first step whenever I analyze the lyrics of a song is looking for a problem the song addresses.

So the question is: What is the drama at the center of the song?

Because including a problem or challenge in a song that the character has to deal with is one of the most important factors to find out if the song is telling part of a story, or if it’s just a snapshot of a single moment in time in which nothing happens.

If the song addresses a problem, the character in the song needs to find a solution to the conflict he faces.

In every story, the main character needs to WANT something.

Otherwise, the audience would not invest themselves in hoping the character reaches (or not reaches) his goal. And after all, you want to hook your audience by making them relate to that challenge - maybe they’ve been through it themselves - and then keep them engaged by wanting to find out how it all turns out.

So in the song ‘Bodies’ the drama revolves around the character’s assumption that you lose your identity, even yourself when you fall in love and suddenly your heart and soul belong to them, as you become a part of them and they of you.

So what does the character want?

He wants to hold on to his love, even if that’s indeed the dramatic irony for him. He knows how love will destroy a part of him, but still, he wants to be with her.

So now that we know what the character in the song wants and the challenge he faces, we can look for an incident that came to a surprise to him.

In order to understand this concept, let me zoom out of the analysis we do at the moment and let me explain what makes a story or a scene/chapter of story work.

Consider your story to move up and down on a scale.

After all, you don’t hit a note over and over again to play a melody because that would only create a rhythm.

But a rhythm does not change.

But a melody tends to change notes over time.

So whatever the problem is your character has to face, he will not face is over and over again as if it was a rhythm constantly challenging him.

Something needs to change for him.

If a story, a chapter, or a scene changes from its beginning to its ending, something happened that either led to the character being better off at the end or worse off.

If you hit a note, then that’s where your character might be in his life at one particular moment in time.

It’s like the key of the song you’re using.

Now something unexpected happens to him, that either turns his world for the better, and he’s going up on the scale to something positive, or he falls down the scale, and life gets darker for him.

This unexpected event is the most important indicator to see if your story, chapter, or scene turned. In storytelling terms, we call this a turning point.

Either new information comes to the forth that throws the character off his set path to reach his goal, or someone else does something completely unexpected - like breaking up with him.

This unexpected moment is the reason why there’s a change.

And change makes a story work.

So in order to find this surprising unexpected event - the turning point - let’s answer the following questions:

1. What was life before the unexpected event?

He was living in ‘a simple life of need’. This phrase that is right in the first line of the song evokes the image that meeting her is stripping away all the good of his simple life. He tells her to ‘cast the pearls aside’, which could be his dreams, his purpose, and his friends.

So life was great until he met her. Now he’s in love. And that’s his goal. He wants to stay in love.

The great thing, this happens right in the second line of the song. So by only listening to the first couple of lines of the song we already know that this song will be a love song, and particularly it will be about starting a committed relationship. Because he used the word ‘forever’ that already tells us how much he wants her in his life.

2. What was the unexpected event that turned the tables?

But in the second verse, the situation changes for him.

They’re falling out of love because the burdens they’ve taken on from the other person are pushing the couple apart.

3. What is the dilemma that the character has to face? What are his options now?

Now whenever we have something unexpected happening that puts us at a crossroad, we gotta choose how to go on. So the character is put into a crisis. And he gotta decide between two best bad choices. That means one is worse than the other. There’s just no ideal way out.

4. What's the dilemma for the character?

Shall he break up with her and save himself to not lose who he is and renounce his attraction for her OR shall he continue to be with her knowing that he’ll turn into an empty body because love is suicide?

That means, the character made a decision and we wanna know how it turns out for him? What’s the resolution? Did life get better or worse after making that decision?

So in that song, he holds onto his love because ‘nobody’s ever felt like’ her.

What's the message of the song 'Bodies'?

And that’s the message we take away from that song.

We see now that this song was about physical desire. Because he’s just talking about how her body felt.

And when we look at stories that are those kinds of physical obsession love stories, love fails when the lovers don’t evolve beyond desire. It’s a cautionary tale telling you if a relationship doesn’t progress beyond desire, it usually ends in tragedy.

Because one of the lovers has such a shallow but intoxicating passion for the other that the Life/Death value comes into play. And the Smashing Pumpkins did a great job calling it out: Love is Suicide, which refers to only wanting someone in a biblical sense.

So yes, this song works on a storytelling level.

There’s something at stake, something to lose and gain, and the character is in a dilemma. He faces a challenge. And we know how it turns out for him. We have a mini-story told in that song. And that’s why it’s so engaging and relatable.


Want to study the storytelling structure of more songs?

If you liked this song analysis or have any questions about it, let me know in the comments below. Thanks. 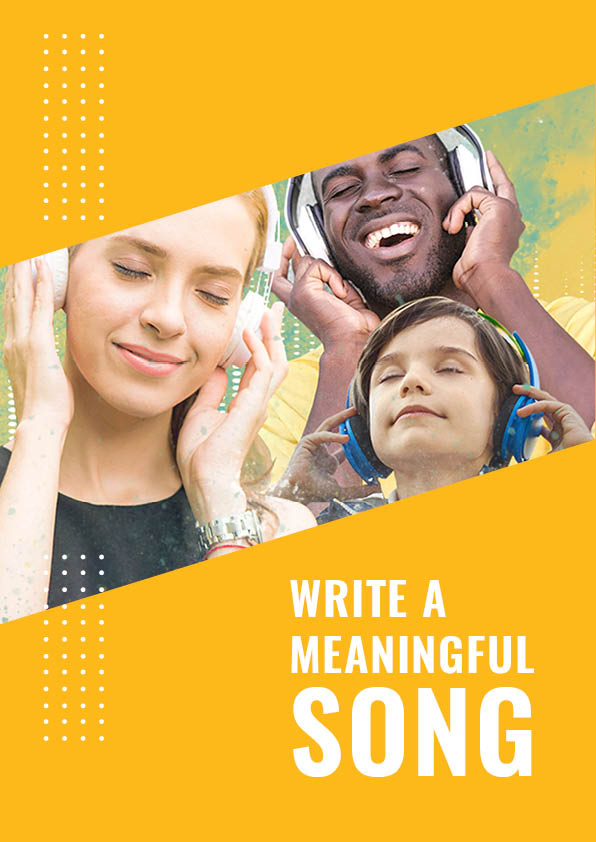 How to write a song that stands the test of time?

Get started writing your evergreen by following the six steps that go into every successful story. Enter your email address and download this easy-to-follow PDF guide.


We use MailerLite as our marketing automation platform. By clicking below to submit this form, you acknowledge that the information you provide will be transferred to MailerLite for processing in accordance with their Privacy Policy and Terms of Service.

Please confirm your email address in the email I've just sent you.

Back To Top
Claim Your PDF Guide